I attended the Evolution 2014 meeting a few months ago in Raleigh, NC, and presented a poster on Phenoscape’s curation effort: “Moving the mountain: How to transform comparative anatomy into computable anatomy?”, with coauthors A. Dececchi, N. Ibrahim, H. Lapp, and P. Mabee. In this work, we assessed the efficiency of our workflow for the curation of evolutionary phenotypes from the matrix-based phylogenetic literature. We identified the bottlenecks and areas of improvement in data preparation, phenotype annotation, and ontology development. Gains in efficiency, such as through improved community data practices and development of text-mining tools, are critical if we are to translate evolutionary phenotypes from an ever-growing literature. The poster was well received and several researchers at the meeting were interested in learning more about open source tools for phenotype annotation.

We have recently released version 1.2.1 of our Phenex annotation software. This release adds some functionality for easier collaborative editing of data files. While our curators have used Subversion revision control software in the past, the new features make it more reliable to share Phenex data files with user-friendly file synchronization software such as Dropbox. While a NeXML document is open in Phenex, the application monitors for changes to the document file in the background. If the file is being shared via Dropbox and is simultaneously edited by someone else, Phenex will alert the user that the file has changed and offer to load the new version. If there are no unsaved edits then Phenex will reload the file automatically. Phenex 1.2 also provides an autosave feature which saves the document after every edit—this reduces the chance that the file might be edited elsewhere while one has unsaved changes, avoiding complicated file merges.

Last month I visited Xenbase and Aaron Zorn’s lab at the Cincinnati Children’s Hospital for a couple of days (August 21-23, 2011) to work with Xenbase curators in preparing the Xenopus Anatomy Ontology (XAO) for its next big release.  Xenbase curators Christina James Zorn and VG Ponferrada have been leading the effort, and Erik Segerdell, the ontology development coordinator for the Phenotype RCN and former Xenbase curator, was also visiting for the week and helping with the update. Erik and I provided training in ontology editing and synchronization tools. END_OF_DOCUMENT_TOKEN_TO_BE_REPLACED

We’re happy to report that a paper describing the Phenex curation tool has just recently been published in PLoS ONE:

Abstract: Phenotypic differences among species have long been systematically itemized and described by biologists in the process of investigating phylogenetic relationships and trait evolution. Traditionally, these descriptions have been expressed in natural language within the context of individual journal publications or monographs. As such, this rich store of phenotype data has been largely unavailable for statistical and computational comparisons across studies or integration with other biological knowledge.  Here we describe Phenex, a platform-independent desktop application designed to facilitate efficient and consistent annotation of phenotypic similarities and differences using Entity-Quality syntax, drawing on terms from community ontologies for anatomical entities, phenotypic qualities, and taxonomic names. Phenex can be configured to load only those ontologies pertinent to a taxonomic group of interest. The graphical user interface was optimized for evolutionary biologists accustomed to working with lists of taxa, characters, character states, and character-by-taxon matrices.  Annotation of phenotypic data using ontologies and globally unique taxonomic identifiers will allow biologists to integrate phenotypic data from different organisms and studies, leveraging decades of work in systematics and comparative morphology.

Phenex 1.0.3 is now available.  This release fixes a serious bug which caused Phenex to append modified phenotype annotations within files, instead of replacing the previous data. Phenex will now read and write NeXML files correctly. It should also automatically recover the latest data from files saved with older versions of Phenex.

All Phenex users should replace their current copy of Phenex with the latest release. It can be downloaded from the Phenex homepage on the Phenoscape wiki.

Phenoscape is proud to announce the immediate availabiity of Phenex 1.0, the first public release of our platform-independent desktop application for annotating character-by-taxon matrices with ontology terms.  Phenex has been in development and available in beta form for over a year, while we used it to curate more than 50 publications for inclusion in the Phenoscape Knowledgebase. END_OF_DOCUMENT_TOKEN_TO_BE_REPLACED

This release has a few new features and a number of bug fixes:

We have set up a data repository on SourceForge to house the growing number of data files that are worked on daily by new curators and students. The repository uses Subversion (SVN) software to maintain current and all previous versions of each Phenex data file.  Curators “update” the local copies of data files on their computers with the current versions from the repository, add their modifications, and “commit” their modified local copy to the repository at the end of their work session.  We have been using ZigVersion as a friendly graphical client interface to SVN. END_OF_DOCUMENT_TOKEN_TO_BE_REPLACED 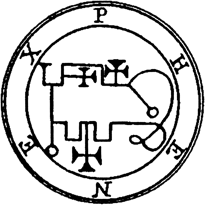 After a summer of intensive development, at our recent Data Roundup we introduced curators to our new phenotype annotation software, Phenex. Phenex is an application for annotating character matrix files with ontology terms. Character states can be annotated using the Entity-Quality syntax for ontologically describing phenotypes. In addition, taxon entries can be annotated with identifiers from a taxonomy ontology. Phenex saves ontology annotations alongside traditional character matrix data using the new NeXML format standard for evolutionary data. END_OF_DOCUMENT_TOKEN_TO_BE_REPLACED

Report from the Phenoscape Data Roundup

“…where the buffalo roam and the data are rounded up-up all day….”

A few weeks ago, from Sep 27 to Oct 1, we met in the Black Hills of South Dakota with a group of guest data curators and outside advisors to curate high priority papers, refine the curation workflow and Phenex interface, and evaluate the first prototypes for the web-based user interface to the database. Not only did the workshop end up highly productive (see below), we also had a chance to observe the annual roundup of the largest herd of buffalo in North America, swim in cold Sylvan lake, and see Mount Rushmore one evening. END_OF_DOCUMENT_TOKEN_TO_BE_REPLACED